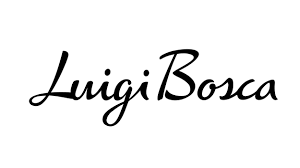 Bodega Luigi Bosca is a wine estate in Mendoza, Argentina. It has vineyards throughout the Mendoza region, planted primarily to Malbec, with Cabernet Sauvignon, Chardonnay and Pinot Noir, among others. The estate was founded by Leoncio Arizu (who had established a winery in the region in 1901) and the Bosca family at the start of the 20th Century.

The winery is located in Luján de Cuyo, but there are vineyards in Maipú and the Uco Valley. All of the vineyards are at high altitude – one of Mendoza's most important features as the cooler nighttime temperatures that are characteristic of higher altitude makes viticulture possible in the otherwise sunny, arid region.

All of the vineyards are planted to a range of varieties, save for the Finca los Miradores vineyard which is given over exclusively to Malbec. The oldest vines in the company – which are around 90 years old – can be found in the sandy, low-yielding soils of the Finca los Nobles vineyard, and produce grapes that are used in the very best wines.

Like many vineyards in the region, Luigi Bosca's sites are irrigated with snow melt off the Andes that has been channelled into irrigation canals throughout the vines.

The winery makes a range of wines, from entry-level to super-premium. Its wines are widely exported and can be found in most major markets worldwide.

The flagship wine, Icono, is a Cabernet – Malbec blend and comes from the best plots in the Finca los Nobles vineyard. The varieties are aged seperately in oak before being blended and aged in new French oak barrels for a further 12 months. This wine is bottled without being filtered and has the potential to age for at least 20 years after vintage.

The estate remains in the hands of the Arizu Family.