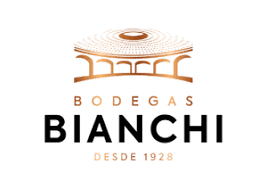 Bodegas Bianchi is a leading Argentinian wine estate founded in San Rafael in 1928 by Italian emigré Don Valentín Bianchi. The wine business was extensively expanded by his son, Enzo, throughout the 20th Century. Operations remain centered around the El Chiche winery, although the property has expanded significantly to accomodate not just the major production volumes but also a visitor center.

The company reportedly owns around 400 hectares (980 acres) of vineyards planted to 15 different grape varieties. The majority of production is based in the regions of San Rafael and the Uco Valley.

The most recent significant winery upgrade saw the company invest more than US$10 million on the construction of an additional 5000-square meter facility. As well as its flagship winery, the company also operates a winery in the Uco Valley.

A more recent collaboration with the Leo Messi Foundation (a non-profit organisation founded by Argentinian footballer Lionel Messi) saw the release of the "L10" Malbec.