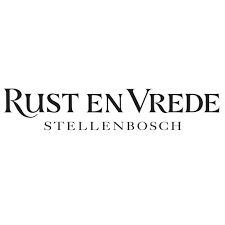 Rust en Vrede is a historic winery located in the Stellenbosch wine region of South Africa. Known for its red wines made from Shiraz, Cabernet Sauvignon and Merlot, the winery has won international acclaim for making the first South African red wine to be featured in Wine Spectator's Top 100 wine list.

The Rust en Vrede estate was established in 1694 by Willem Adrian van der Stel, who was then-governor of the Cape. Some wine was produced on the property, but the vineyards lay largely dormant for many years until it was purchased by the Engelbrecht family in 1977.

Rust en Vrede's first vintage was in 1978. The wines were placed on the international stage when they were chosen by South Africa's President Nelson Mandela to be served at his Nobel Peace Prize dinner in 1993 – an event which helped reinvigorate the South African wine industry.

The Rust en Vrede property consists of 55 hectares (136 acres) located near False Bay on north-facing slopes on the Helderberg mountain. Here, the vines are protected from strong southeasterly winds, and instead have a warm mesoclimate suitable for growing red varieties, including Shiraz, Cabernet Sauvignon, and Merlot.

The wines tend to be full-bodied and powerful, owing their often significant structure to the decomposed granite and sandstone soils on which the vines are planted.